I finished my first week in my cozy Amsterdam apartment with a visit to the Saturday market.

As I loaded my bike with flowers, the clouds opened up and the flowers and I got a lovely shower as I pedaled home. I managed to avoid a near collision with a motor scooter ( they go on the bike paths!) and went home to arrange my flowers. Somehow the weeks go so fast on Shirleyfest.

It all started last Tuesday. I was pedaling along the canals when I noticed a home with the smallest frontage I’d seen yet. (The red house in the picture). I knew the houses are taxed based on the length of their frontage so clearly this place belonged to a clever person. I parked my bike because next door was a shop selling the famous stroopwafels And next to that was a good looking cheese shop. 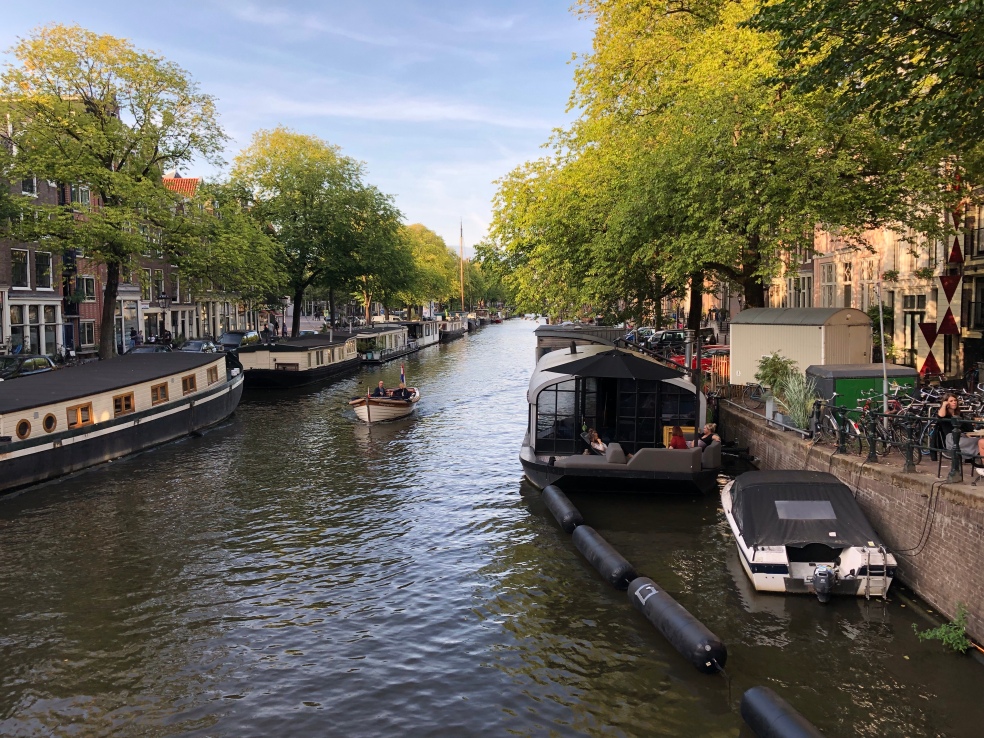 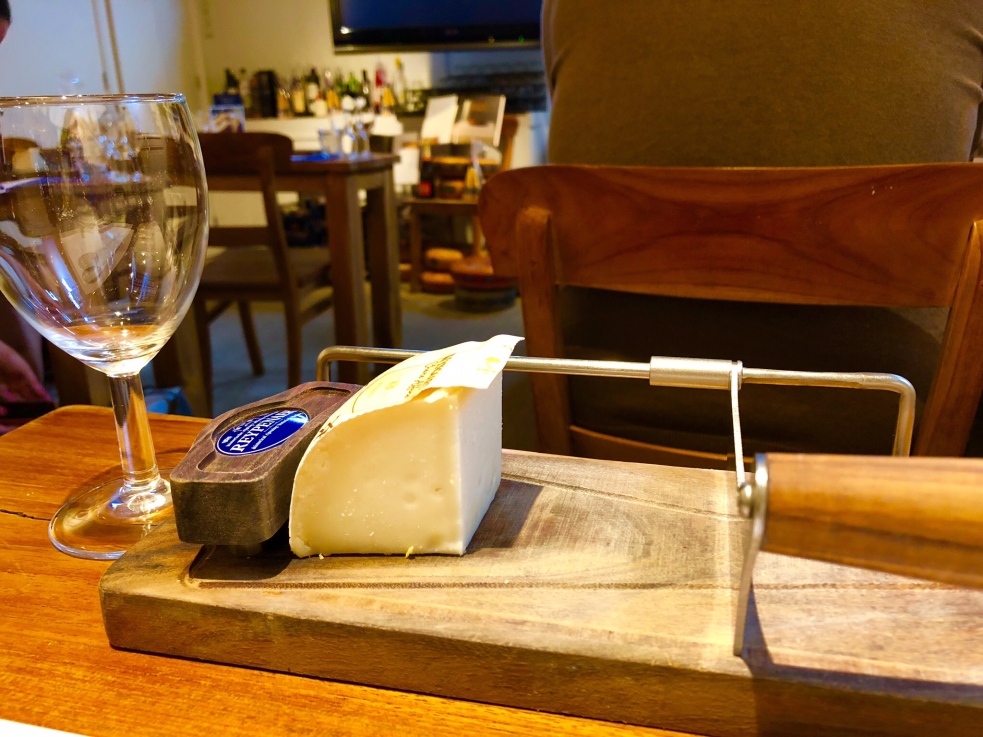 Turns out they had a cheese and wine pairing course starting in 10 minutes so I joined in and 6 cheeses and quite a lot of wine later I left very happy.

A stop at my neighborhood coffee roastery got me back in action. Every Shirleyfest I find My Coffeehouse where they know me each morning and this is a great one. I headed for the Rijksmuseum, home to an incomparable collection of Rembrandt’s, Veemeer’s, Hal’s and Steen’s. None so famous at Rembrandt’s The Night Watch. It was crazy because absolutely no one but me was in the room with this famous painting.

Time to turn to something more modern now and happily right next door was the modern art museum–MOCO. Right now the entire museum houses the work of the graffiti artist Banksy. He is one of my favorites so I head in. Many people know I’m a donut fanatic so I was pleased to see this piece of his in the museum.

Enough art, I head home and later go out with three ladies who are ex-pats working here– one for EBay ( thanks Alex for the introduction). They are a hoot– after a fun evening I got an uber back while they jumped on their bikes to ride home.

Wednesday was a visit to The Hague– an easy 50 minutes train ride away. I had actually been there before when we sold Transamerica to Aegon but all I had seen then was conference rooms. This time I saw The Girl with the Pearl earring. I wish I had planned ahead and not worn gold hoops! 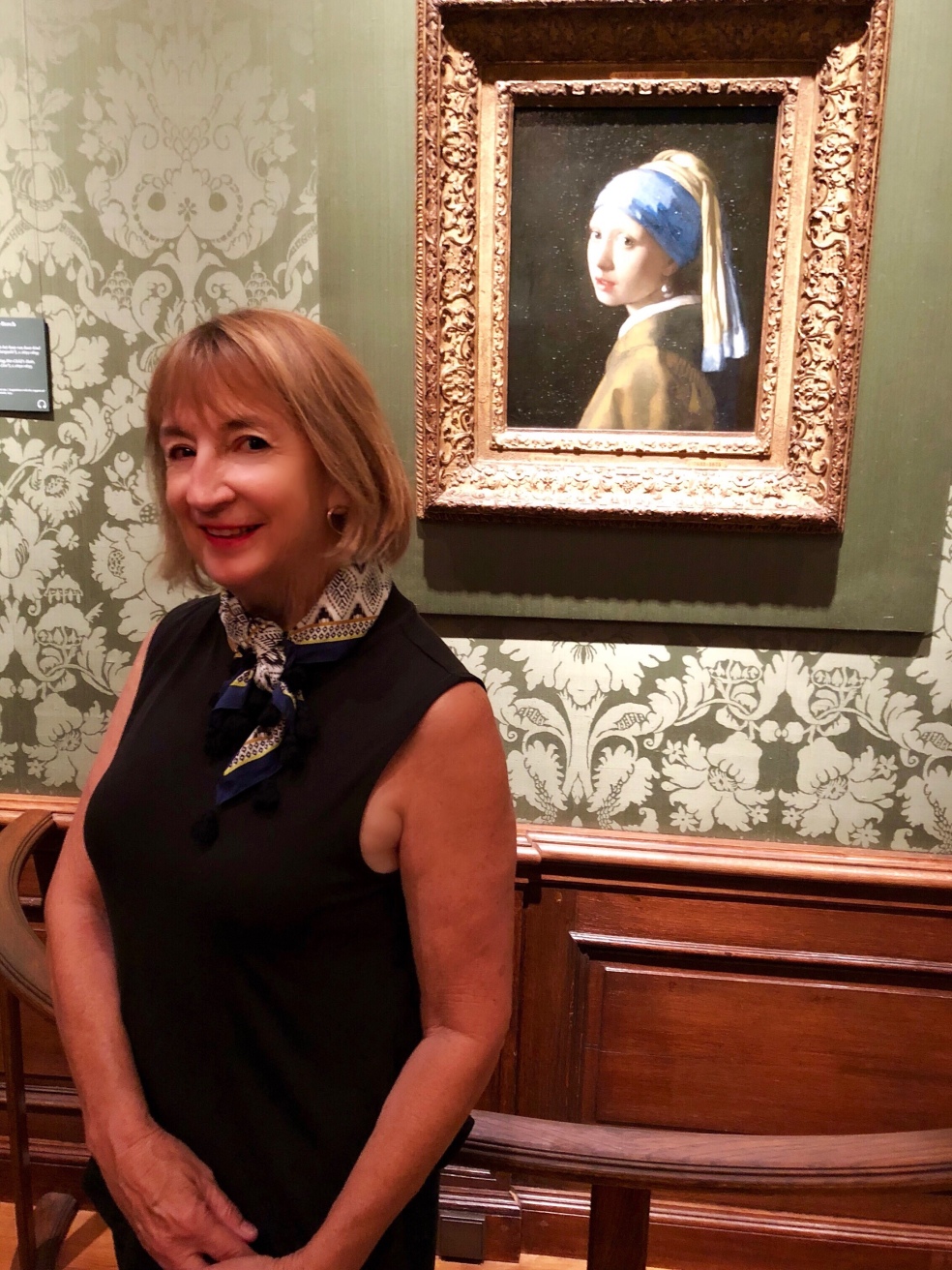 Later that night, back inAmsterdam, I checked out the Foodhallen where dozens of indoor food trucks sell tasty food. On my way back home I saw the prep kitchen Fento a block from my apartment. I went in and this lovely gal made me a delicious salad and we chatted about her country of Scotland. 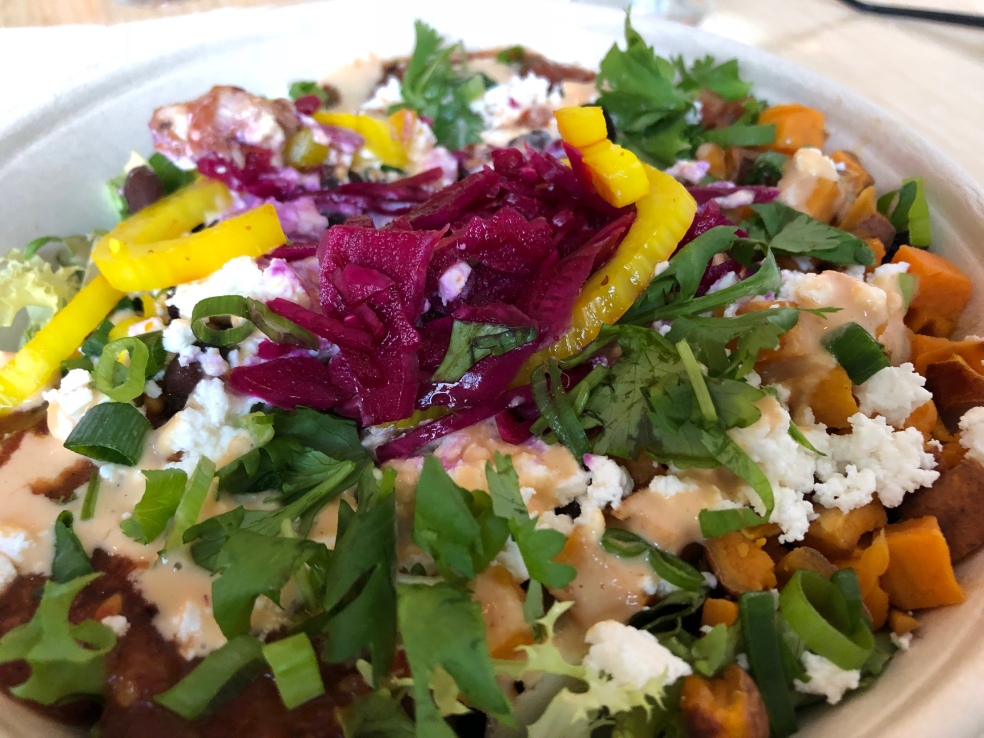 Thursday was more walking and biking with a visit to a special place. One’ Lieve heer op Solder. Our Lord In The Attic. In 1578 in a coup known as the Alteration the Catholics were deposed in favor of the Protestants. Catholics could no longer worship publicly so home churches popped up. In the attic of a well preserved traditional Dutch home is this lovely church.

Later that night I meet Nick and Ivan for dinner in an adorable restaurant on the canal near their house. Belhamel. It is a beautiful evening as we leave the restaurant even tho I got drenched walking from the tram to the restaurant earlier.

So now it is Friday and my plans change numerous times. I was going to go to Alkmaar to see the cheese markets and then I thought about the Van Gogh Museum. In the end it was a beautiful day and Nick didn’t have to work until the afternoon so we rode our bikes north along the water to adorable fishing villages and marinas and gorgeous countryside. We stopped for lunch at an old schoolhouse turned restaurant in the town of Holysloot. 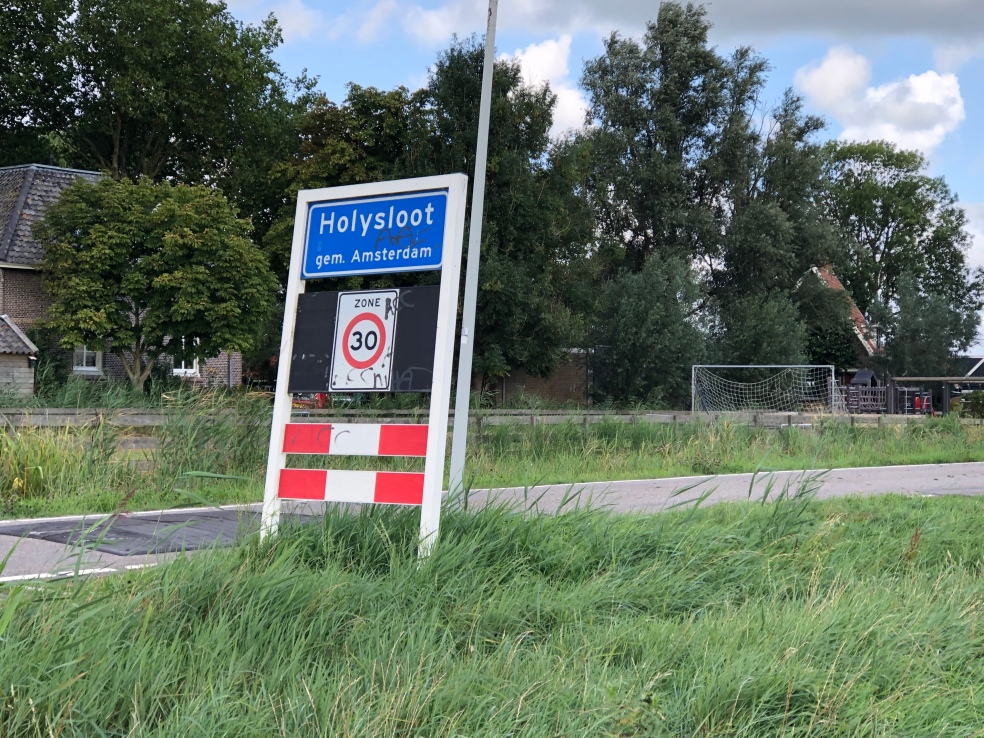 With a quick stop on my way home to the Van Gogh Museum ( not a museum I would recommend– poor lighting and boring layout) I headed home. That night I was starving from all that bike riding and right near my apartment is a place called De Reiger where I headed for Dutch mussels and fries.

And that was the first week of Shirleyfest.

3 thoughts on “Amsterdam: photographs and memories- a week goes by quickly”